The Hawn Holt Cross Triangle Ranch must be an Inspiration to breeders of running Quarters horses, no multiple embryos just doing it naturally with some of the best broodmares in the world.
The Corona Chick legend will hopefully be in Australia this coming season with a mare bred to Captain Courage by the Brandenbergs in Queensland.

BLANCO, TX—APRIL 26, 2011—Three-time champion and former Broodmare of the Year Corona Chick has been pensioned after giving birth to her last foal Saturday. 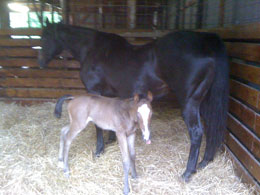 Corona Chick & her foal by Walk Thru Fire

The 22-year-old daughter of Chicks Beduino owned by Julianna Hawn Holt is the dam of four stakes winners and three stakes-placed earners of more than $3.6 million.

“She carried all of her foals as well as the last one,” Greathouse said. “Mother and baby are doing fine.”
(Photo courtesy Abers Ranch) 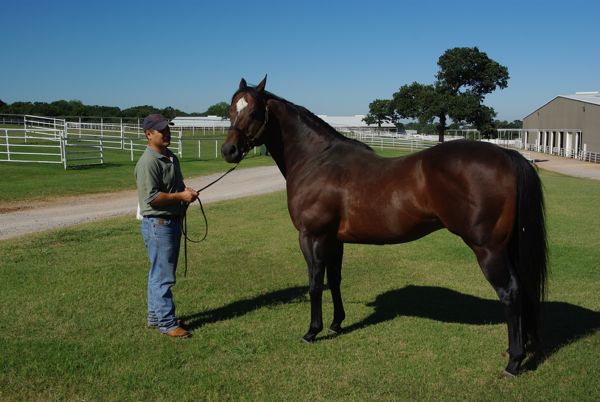 According to Greathouse Corona Chick, who has a yearling filly by Mr Jess Perry, will be pensioned at the Hawn Holt Cross Triangle Ranch near Blanco. 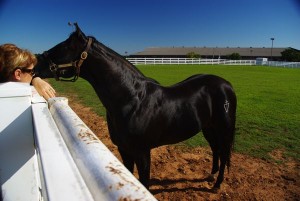